Story of the A. Le Coq Malt Tower

One of the symbols of the architecture of Tartu, the A. Le Coq Malt Tower, is a powerfully classicist brick building that’s 34.4 metres tall. 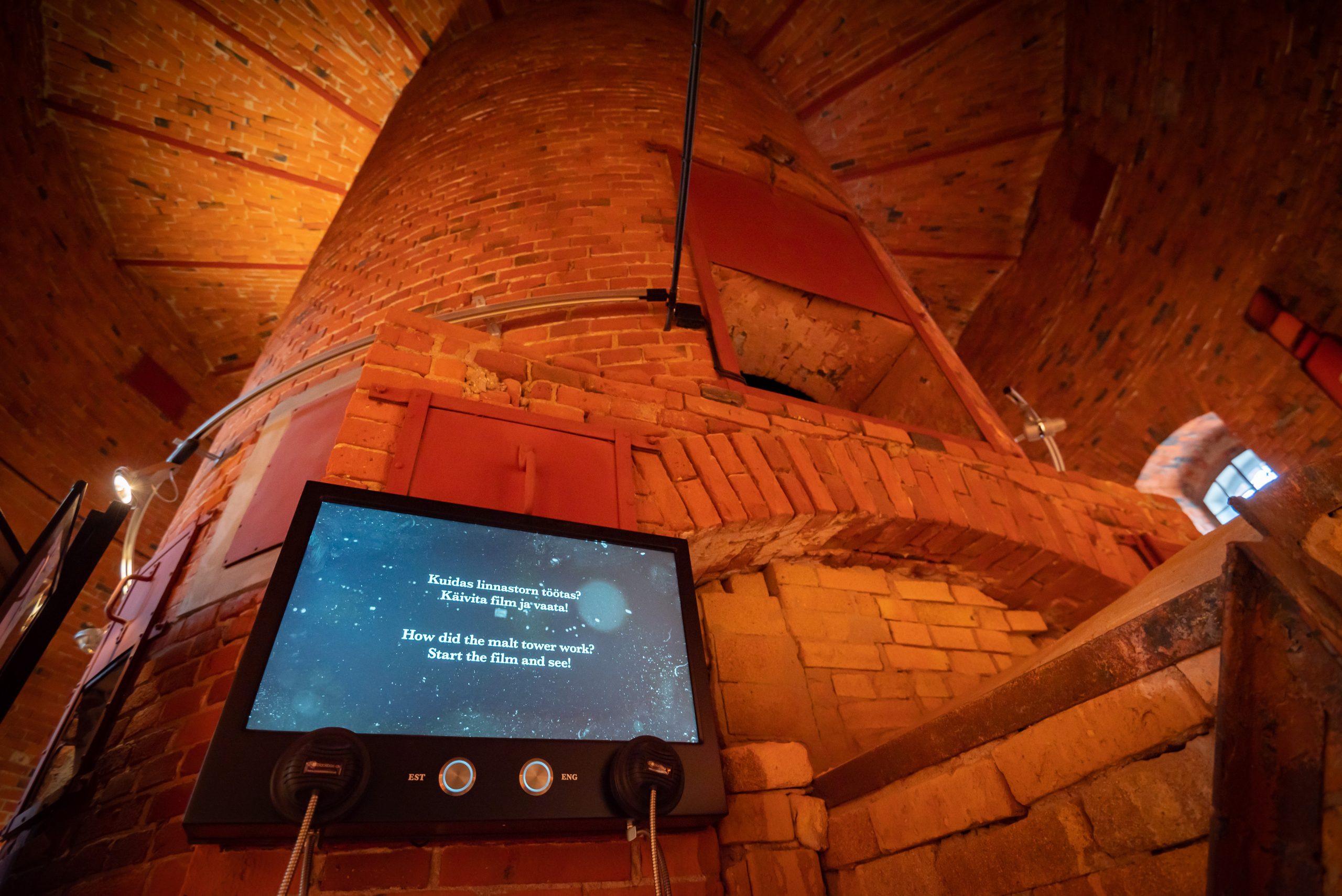 Laura Alwine Schramm, the widow of Tartu brewer Eduard Anton Justus Schramm, purchased a large plot of land on Tähtvere Hill in 1870, as she wanted to move her brewery away from the city centre. Businessman Robert Friedrich bought Schramm’s registered immovable with an impressive two-storey villa and had large beer cellars built there as the first production buildings. After Robert Friedrich’s death in 1880, his brother Moritz Friedrich became the sole owner of the company and immediately started to develop the brewery in Tähtvere. Moritz Friedrich was a true innovator, and in 1884 he had the first telephone line in Tartu built between the brewery on Rüütli Street and the residence in Tähtvere Villa. Moritz Friedrich’s intention to build an industrial complex, which was huge for its time, on the Tähtvere plot matured over time and construction of the new factory began in 1893. As Moritz Friedrich was a massive cycling enthusiast, he named his brewery after the cycling society Tivoli. 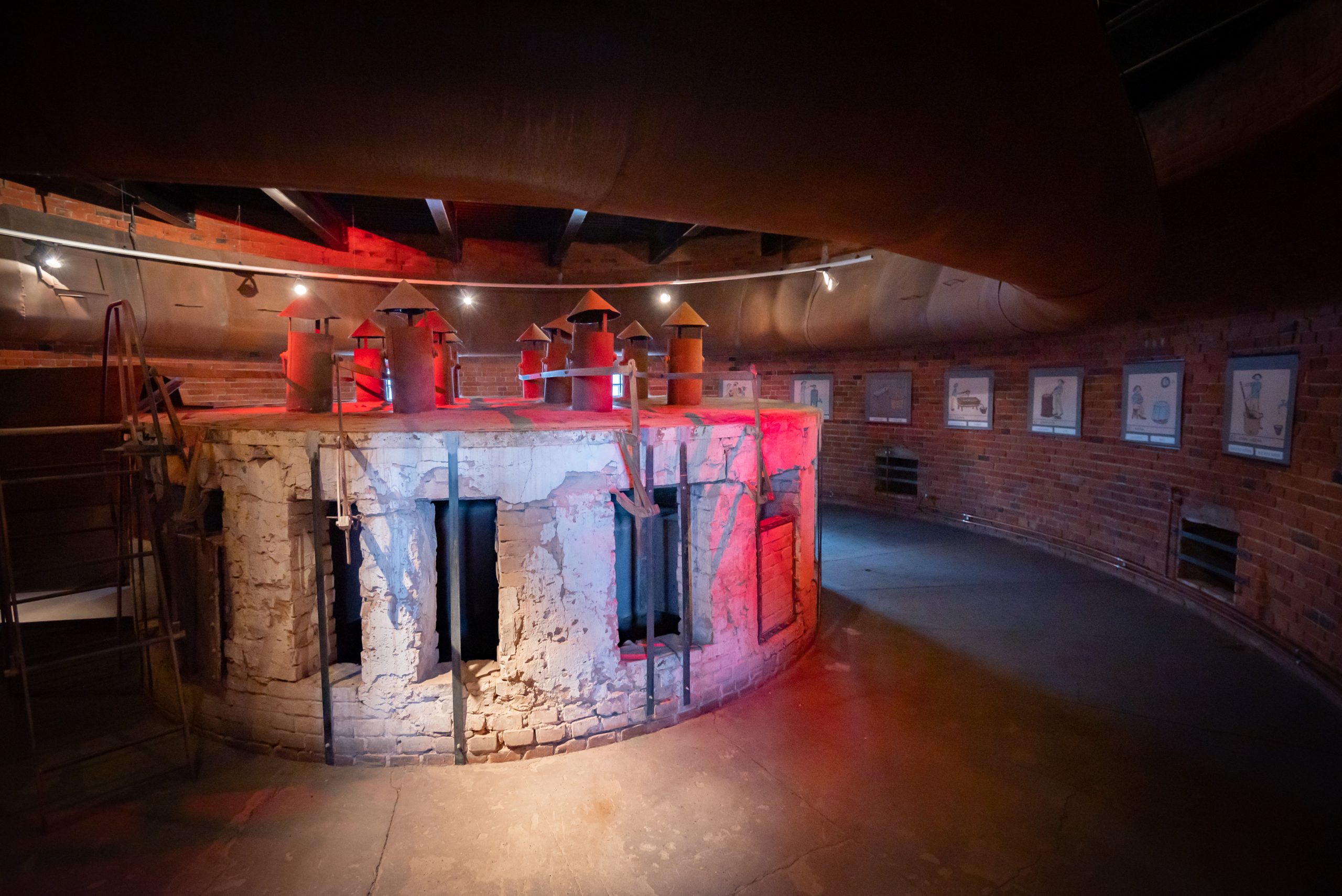 The new production buildings were designed by Reinhold Guleke, the most famous and prolific architect of his time in Tartu. Guleke was born in Salisburg, Latvia, in 1834, studied architecture in Paris and Karlsruhe and worked as a construction engineer in New York and Germany. He was the city architect of Pärnu from 1875–1881. In 1881, he was invited to be the architect and professor of the art of construction at the University of Tartu, a position he held for 25 years Guleke made an outstanding mark on the architecture of the City of Tartu. Almost 20 buildings were built for the University of Tartu according to his designs. His biggest job was the A. Le Coq brewery complex, which was built on the edge of the Tähtvere Park from 1893–1898 and became a symbol of the City of Tartu. The architect personally oversaw the construction of the brewery buildings. The Malting Department with the grand Malt Tower was the last building of the complex completed in 1898. 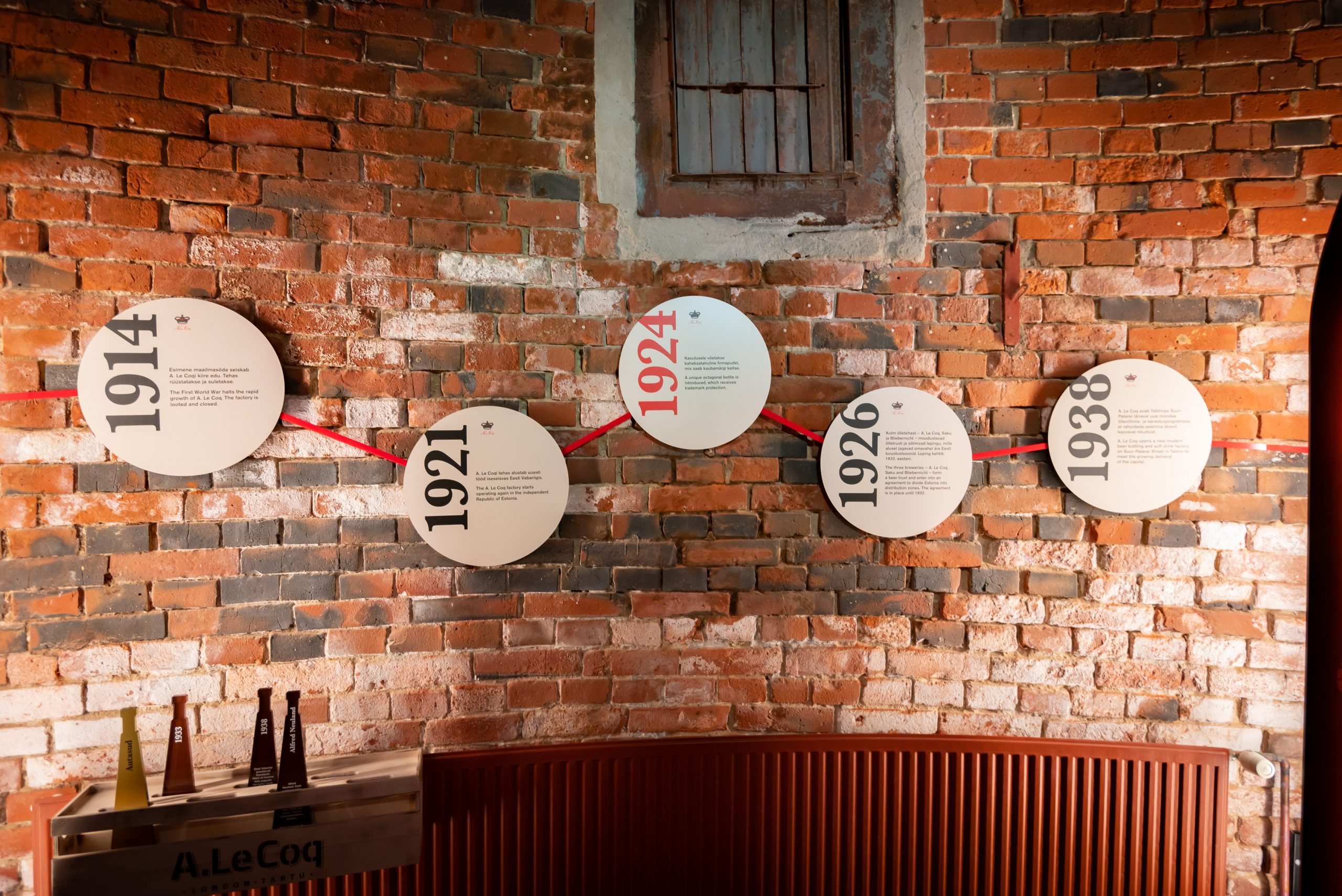 Construction deviated from the initial design: the Malt Tower was supposed to be square according to the plans of 1897, but a round tower was built instead for reasons unknown. According to legend, the wife of Moritz Friedrich looked at the tower on her way from Tähtvere to the city and decided she didn’t like the square tower. Friedrich immediately had the tower demolished and a new one was built to his wife’s taste. There is reason to doubt that there is any truth in the story, as Moritz Friedrich’s finances were not exactly in a reputable state. Two brick factories – Ilmatsalu and Vanaaseme (Vorbuse) – operated near Tartu to supply the construction of the brewery complex.

Operating principle of the Malt Tower

The furnace in the basement of the tower was heated first of all. Solid fuel, i.e. firewood and oil shale, was used to heat the furnace from 1898–1959. The use of oil as fuel started in 1959. The kiln functioned by way of remote heating, i.e. the smoke gases first heated the hot air room of the third floor and the iron pipes in the room, after which the hot air rose up to the kiln. The workers were obliged to wipe off the dust that gathered on the gas pipes during each shift. This work had to be done in very difficult conditions – it could be as hot as 90 degrees. The gases went to the chimney through the passage behind the wall. The furnace of the malt kiln was heated for 6 hours during the day and 6 hours at night.

The mechanical mixers of the kiln moved in a circle along the rails fixed to the kiln walls, making one circle in 45 minutes. Malt was dried on two floors. On the upper floor, malt was dried at a temperature of 50 degrees, after which the grid floor was opened and the semi-dry malt was poured onto the lower floor.

Heating the furnace and drying the malt ended after the malt had been in the kiln for 18 hours and the moisture content of the malt on the lower, i.e. the fourth floor, had reached 3–4%. All four workers of the shift then went to the lower floor of the kiln to shovel away the dry malt with wooden shovels. This meant half an hour of work at a temperature of 70 degrees. Work in the kiln and the entire Malting department went on 24 hours a day, for 11 months consecutively. This was followed by a month of technical maintenance and repairs. This is how our Malt Tower operated for a 100 years.

The malting process, or malting of barley, remained unchanged in the brewery for more than 100 years: the cereal, sorted by grain size, was washed and pumped into a soaking tank to increase the moisture content of the grains. Soaking prepared the barley for germinating. After soaking for two days, the grains were pumped into malting drums.

Barley was germinated in malting barrels brought from Germany in 1898 , obviously under strict supervision. The drum was turned every six hours and the temperature was adjusted at the same time by adding humidified air to the drum. Germination took seven days in total and the result was germinated barley or green malt, which was then dried for almost 24 hours in the malt tower on grids on two floors: first on the upper floor at 50 degrees, then on the lower floor at 80 degrees. The moisture content of the grains after drying was only a couple of percent. The malting process ended on cleaning when roots with root breakers were removed. The malt was then cleaned of dust and stored. After a month, the batch could be used to produce beer.